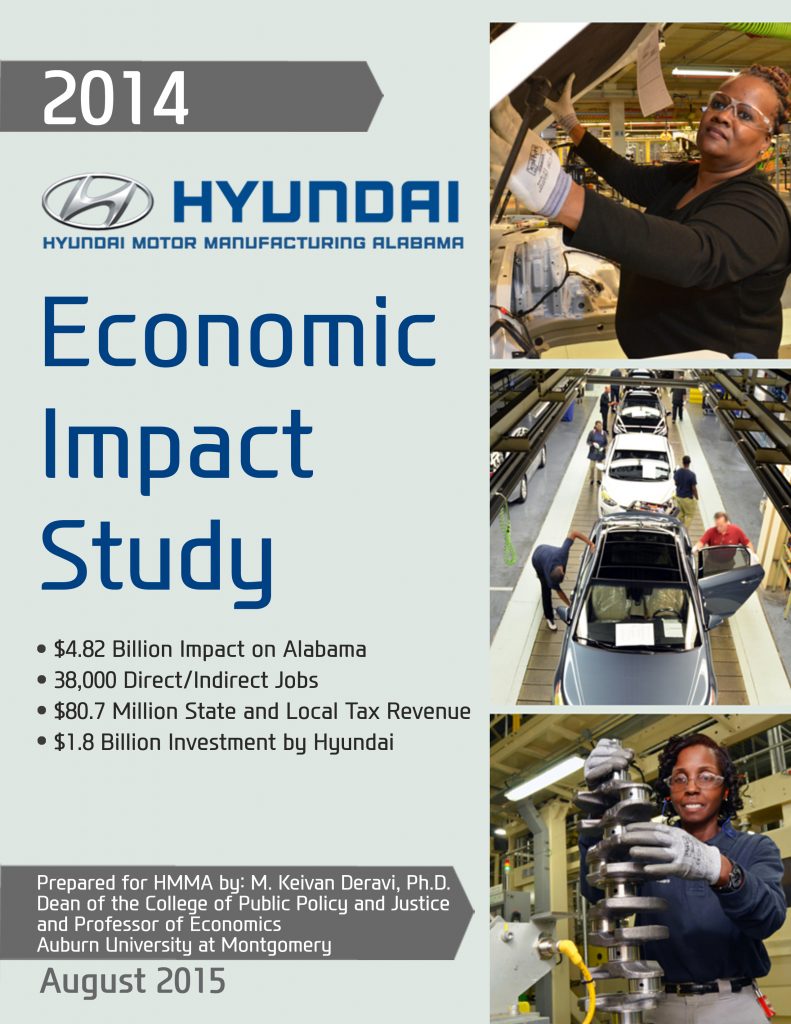 MONTGOMERY, Ala., August 6, 2015 — Hyundai Motor Manufacturing Alabama (“HMMA”) today announced the findings of an economic impact study that it commissioned quantifying the automaker’s impact on the economy of the State of Alabama in 2014. Conducted by M. Keivan Deravi, Ph.D., Dean of the College of Public Policy and Justice and professor of economics at Auburn University at Montgomery, the study finds that HMMA and its suppliers generated a total impact of $4.82 billion to Alabama’s economy in 2014, accounting for 2 percent of the state’s Real Gross Domestic Product. Additionally, HMMA and its suppliers were responsible for more than 38,000 full-time equivalent jobs statewide in 2014, according to the study.

“Hyundai has dramatically improved the manufacturing sector of central Alabama’s economy,” said Dr. Deravi, who has completed similar studies for all of the mega industrial projects located in Alabama during the past 16 years, including two other automakers and Northrop Grumman. “HMMA has contributed to a 15.2 percent growth rate in manufacturing employment in the Montgomery Metro Area since the plant broke ground in 2002.”

“Hyundai Motor Manufacturing Alabama could not be more pleased with our contributions to Alabama’s economy and employment,” said J.H. Kim, president and chief executive officer of HMMA. “We are proud of our track record as an important and rapidly growing Alabama employer, and as a manufacturer of high value, high quality and high efficiency vehicles for American consumers.”

Key findings of the report include: