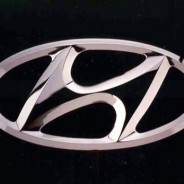 “Hyundai is an outstanding corporate citizen reaching out to Alabamians in need.  During these difficult times, it is very meaningful to know that Hyundai and others are willing to help our citizens who are suffering,” Governor Riley said.

Grants from the Alabama Governor’s Emergency Relief Fund will be awarded by a committee comprised of members from the United Way of Alabama, Alabama Emergency Management Agency, Alabama Department of Human Resources, local officials and a representative from the Governor’s Office of Faith-Based and Community Initiatives.

“Everyone at Hyundai is deeply concerned for those who have been impacted by this terrible storm,” said President Ahn.  “In addition to the contribution, our Team Members have shown an outpouring of generosity in monetary contributions and donations during two on-site blood drives.  We are committed to working together to help bring rapid relief to victims.”

Modeled after similar funds created by the states of North Carolina and Florida, the Alabama Governor’s Emergency Relief Fund is managed by the Governor’s Office of Faith-Based and Community Initiatives.  The United Way of Alabama is serving as the fund’s fiscal agent.

Contributors may send checks made payable to the “Alabama Governor’s Emergency Relief Fund” to:

Those seeking additional information may contact 877-273-5018 or visit http://www.servealabama.gov.

Located in Montgomery, Hyundai Motor Manufacturing Alabama is the company’s first assembly and manufacturing plant in the United States.