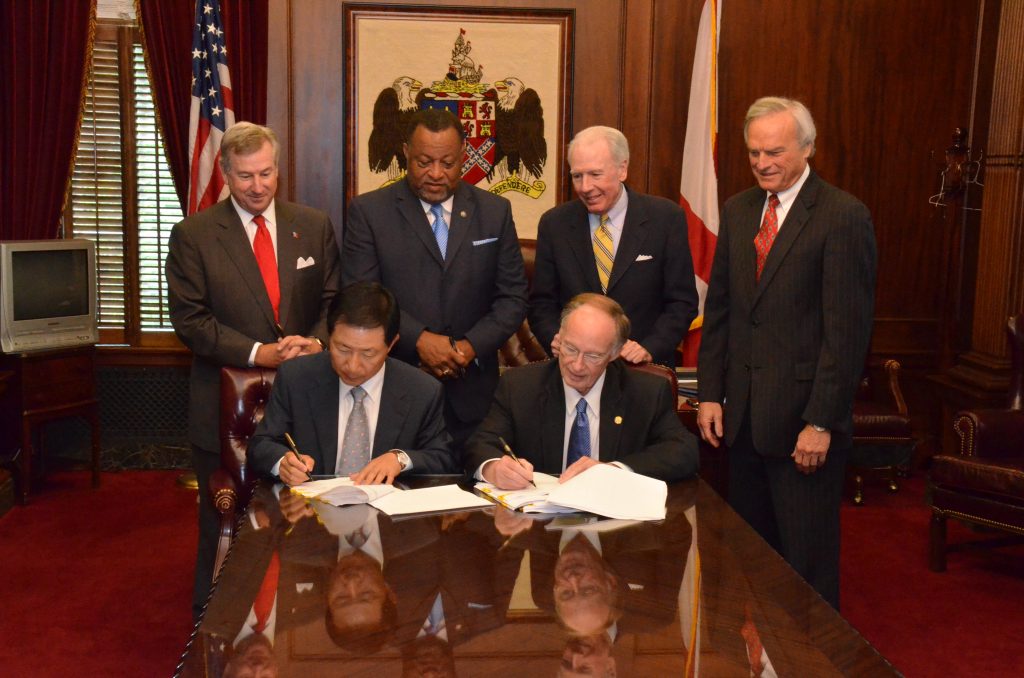 Hyundai Motor Manufacturing Alabama will produce the 1.8 liter Nu engine, which is replacing the Lambda engine at its manufacturing facility in Montgomery. The Nu engine will be used in the Elantra, which is manufactured at the HMMA plant. The engine plant expansion will also increase HMMA’s capacity to produce Theta engines for the Sonata, as well as the Santa Fe and Sorrento at the company’s sister plant, Kia Motors Manufacturing Georgia in West Point, Georgia.

Nearly all of the capital investment – $163 million – will be spent on equipment for the engine plant, including updating technology. The remaining $10 million is for the building, which is being expanded to 362,155 square feet.

“This is a great day for the State of Alabama, City of Montgomery, and Hyundai Motor Manufacturing Alabama,” said Alabama Gov. Robert Bentley. “This engine expansion plant announcement is further assurance that HMMA is dedicated and committed to Alabama.”

Construction on the Nu engine plant is scheduled to be completed in the fall of 2011 with production set to begin in March 2012.

“With our latest expansion, HMMA continues to show its strong commitment to the people of Montgomery and the people of Alabama,” Hyundai President and CEO Young Deuk Lim said at today’s announcement. “This is another example of Hyundai’s efforts to make products close to its assembly plants and gives us the opportunity to implement new manufacturing technologies.”

HMMA is the River Region’s largest private manufacturer with 2,645 employees.

Montgomery Area Chamber of Commerce Chairman Larry Puckett said, “HMMA has been a great partner and has had a significant impact on the River Region’s economy. Hyundai has played an important role in making Montgomery a better place to live, work and play.”