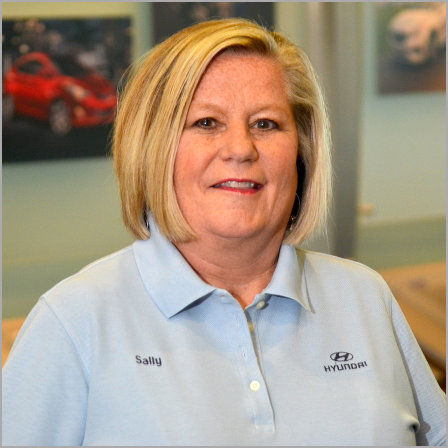 Team Member Sally Wren is a specialist in the payroll section of the HR department. She joined HMMA in June 2003 and has been processing Team Member payroll ever since.

“Back in 2003 we didn’t even work at the plant site,” she says. “We worked from offices in East Montgomery. There were about 35 total American employees at that time working with about 50 Korean colleagues.”

When Sally first started processing HMMA’s payroll, the job was a lot different than it is today. “At first, payroll was done manually with paper time sheets,” she remembers. “There were no deductions yet for benefits, like the 401(k), it was just straight net pay, taxes, and gross pay.”

In 2005, the Administration building was the first to be finished at HMMA and the team working from East Montgomery finally got to come to work at the plant site.

“The whole area was still considered a construction zone,” Sally recalls. “When we got to work every morning, we had to walk from our cars to the building wearing hard hats and steel toe shoes. The parking lot was still a cow pasture so we walked over boards on the ground to stay out of the mud.”

Once HR was up and running in the Admin building, things began growing rapidly. “We had the first big wave of hiring for Team Members and we had to learn to process their payroll using a new payroll system,” she says. “It was and still is a little nerve-wracking to know that you’re responsible for making sure everyone is paid on time with no errors.”

Now, in 2015, the payroll process is much more complicated but also much more automated. “We have so many deductions now, but we also have the automated time system, and that automation has been key to getting more than 3,000 people paid correctly and on time.”

But more than that, Sally says the people on her team are what have kept the payroll processing smoothly. “I have the best department. I’ve been with these people forever and the teamwork is outstanding. We complement each other and they are just a joy to work with every day.”